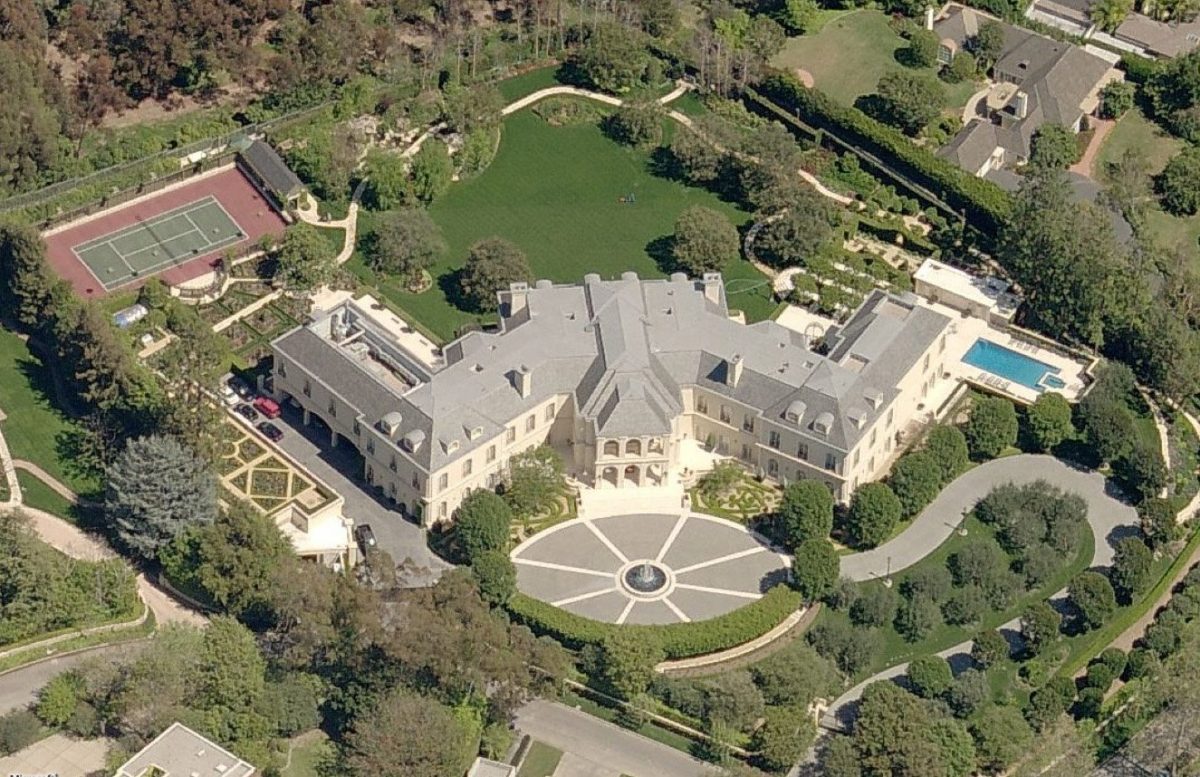 The Manor, a 56,500 square-foot chateau estate in Holmby Hills and the largest home in Los Angeles as well as among the largest in the U.S., recently sold for $119.75 million, which is now the highest price for a single family residence in L.A. County history. The national record is held by billionaire Ken Griffin for his New York penthouse high above Central Park that he purchased in January for a whopping $238 million. The Manor was on the market for $160 million, so the unknown buyer was able close the deal with a $40.25 million price reduction.

The Manor has more than an acre of living space, which is just shy of a professional football field, and is set on 4.7 acres. The W-shaped mansion holds 123 rooms including 14 bedrooms and 27 bathrooms.

The Manor was built in 1991 for late television producer, Aaron Spelling, and his wife, Candy Spelling. She sold it in 2011 to then 22 year-old Petra Ecclestone, who is the daughter of Formula One billionaire Bernie Ecclestone, for $85 million in an all-cash deal.

Ecclestone made some lavish upgrades during her 8 year stay at the estate which included more contemporary interiors, an entryway lined in black-striped marble, a large aquarium in the study, a nightclub in the basement, hair salon, massage parlor, tanning room, solarium and game room. The large grounds include rolling lawns, rose gardens, citrus orchards, statues, koi ponds, fountains, a swimming pool, spa and tennis court.