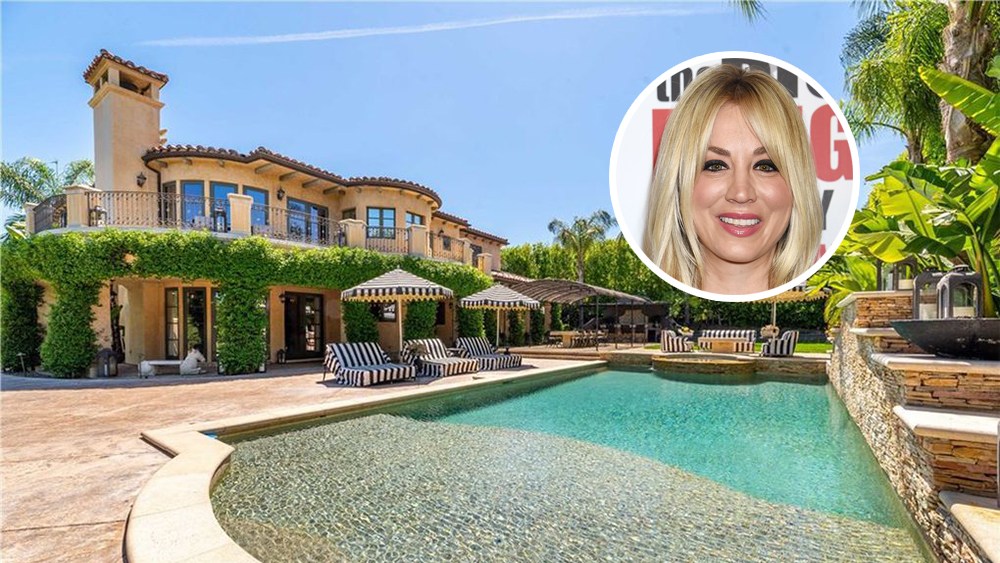 Actress Kaley Cuoco from the television series that ran for twelve seasons until last year “The Big Bang Theory” has finally sold her Tarzana home, however for almost half of her original asking price. Cuoco was among the highest-paid television actresses during her run on the wildly popular series, and was finally able to unload the property for $3.95 million, but she was asking for $6.9. Cuoco purchased the estate for $5.499 million through a trust in 2014. The well-known house was featured in a reality television series starring Lamar Odom and Khloe Kardashian who formerly owned the property.

Cuoco updated the two-story, 8,000 square foot Mediterranean-style home that features a movie theater, formal dining room with coffered ceilings, chef’s kitchen with a center island, eight bathrooms and six bedrooms. The living room off the rotunda entry includes a wet bar and a suspended bench swing. The exterior of the almost three-quarters of an acre property has a covered arbor, outdoor kitchen and swimming pool with spa.