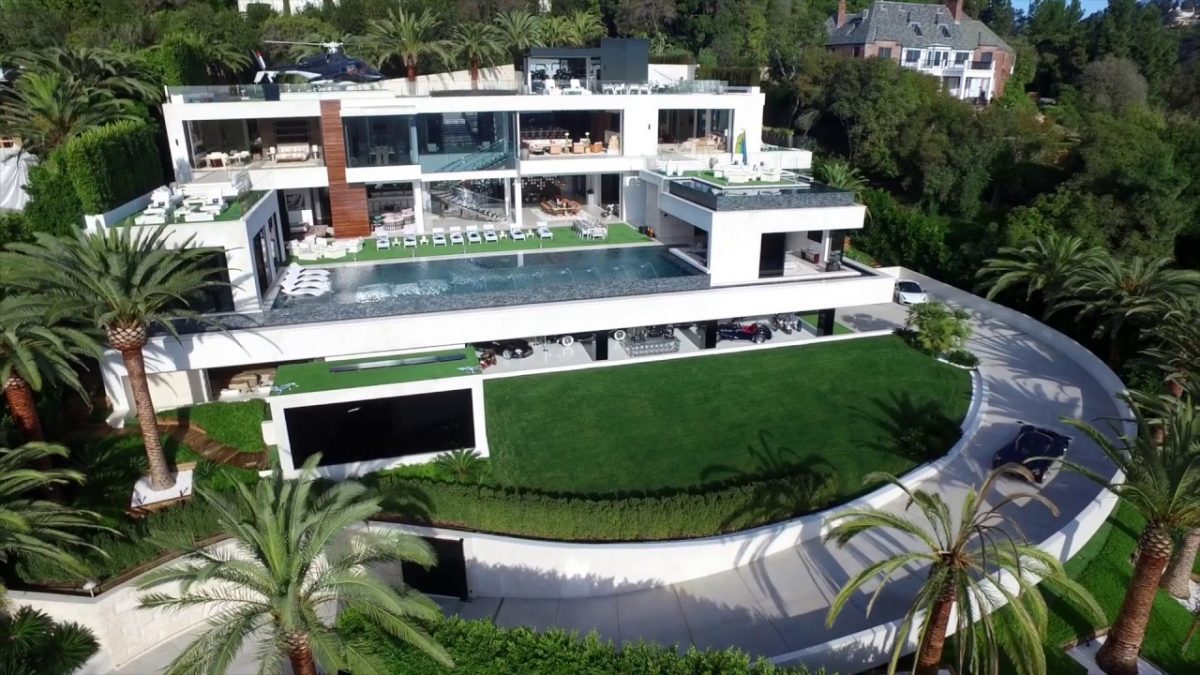 The sale ranks amongst the highest in Los Angeles’ history however it is still a fraction of the original asking price. Makowsky originally brought it to market for $250 million, which was the most expensive home listing in the country at the time. Makowsky reduced the price to $188 million in 2018, and then dropped it to what he described as a ‘realistic’ $150 million this year. The lagging real estate market has officially dictated the property’s value at $94 million.

The mansion, that has been named ‘Billionaire’ for obvious reasons, has everything anyone could desire. The four-story spec-house has 38,000 square feet of 12 bedrooms, 21 bathrooms, five bars, three kitchens, a candy room, a 40-seat movie theater and an over-the-top Louis Vuitton bowling alley. The two wine cellars are stocked with Champagne as well as fine wines, the auto gallery is filled with $30 million dollars worth of exotics and motorcycles that include a Bugatti, a vintage Allard as well as a custom Rolls-Royce. A Hobie Cat sailboat sits on an outside deck as well as a non-operational helicopter on the roof from the 1980s action television series “Airwolf.” (It’s unclear at this time what was included in the sale of the property.) The backyard has 17,000 square feet of entertainment decks with 270-degree views from downtown to the ocean. It also boasts an 85-foot infinity-edge pool with a swim-up bar.

The pending lawsuit with Zillow is due to an unknown Zillow user with a Chinese IP address and fake phone number who was able to hack into Zillow. The hacker then changed the sale price three times for the listing. The hacker had Zillow’s website incorrectly showing the property had sold for $110 million, then $90.54 million and finally $94.3 million in February of this year. Makowsky discovered the hacking by receiving congratulatory phone calls from colleagues regarding the false sale. The incident resulted in Makowsky suing Zillow for $60 million in damages and citing permanent harm to the perception of the property since it was still on the market for $150 million.

The $94 million price tag is Los Angeles County’s third most expensive home sale of 2019. The WhatsApp cofounder, Jan Koum, spent $100 million on a Malibu mansion in August. Petra Eccleston sold the Manor of Holmby Hills also known as the former Spelling Mansion for $119.75 in July, which set the record for the highest home sale price in the history of California.

Like Billionaire, other high-end spec homes have been sitting on the market for years as buyers have shown preferences for oceanfront properties as opposed to the mansions of Beverly Hills and Bel-Air.