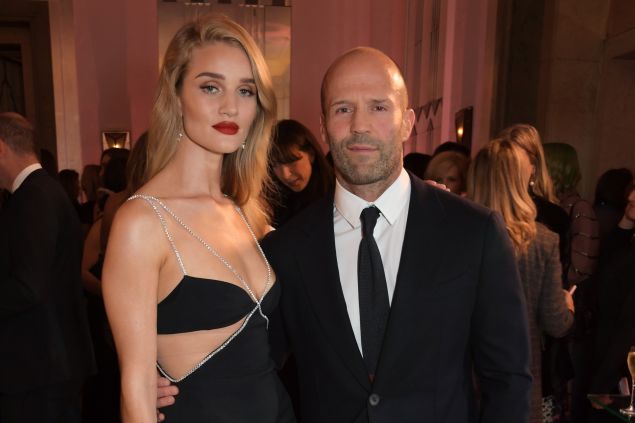 The two-story home was built in 1965 however it was painted black and updated during the couple’s ownership. The interior of the house includes a living room with a wood-burning brick fireplace, contemporary kitchen with four bedrooms and as many bathrooms. The exterior decking has an in-ground spa between the main and guesthouse where a gated patio leads to the beach.