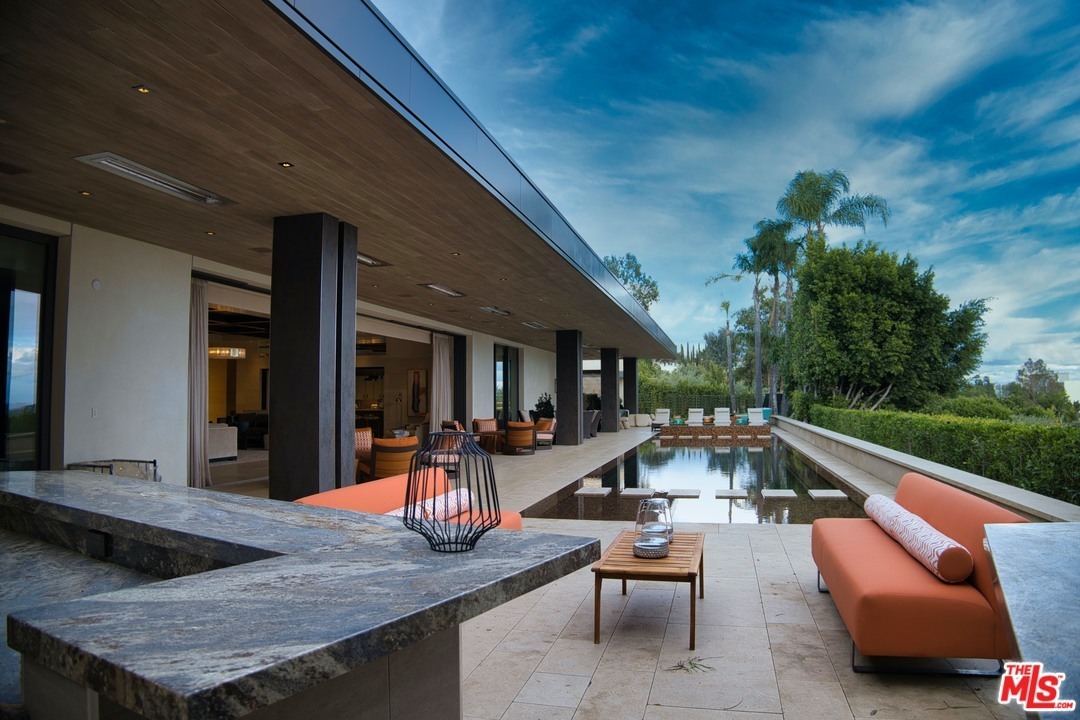 A massive $30 million 13,000-square-foot Beverly Hills mansion has a new owner but not until after it had gone through a major international scandal. It was truly an overly dramatic decade for this prime piece of property located in Trousdale Estates. In fact, it was demoed and rebuilt numerous times with the help of some dubious funding as well as with some seriously questionable design taste.

Celebrity developer Mohamed Hadid purchased the mansion in 2007, infamous in the world of high-end real estate in his own right. Recently Hadid had built a 30,000-square-foot mega-mansion in Bel-Air, however recently a judge ordered it torn down due to being built much larger than the building permit allowed for. His new monstrosity, which he later sold to Jho Low, had a living room inspired by an Egyptian theme with an actual pyramid right in the middle of it.

Low has been investigated for masterminding a scheme in which 4.5 billion dollars were stolen from the 1Malaysia Development Berhad fund (aka also 1MDB). In the scandal, Low, who fled the country and is now considered to be a fugitive, later transferred it to his partner, Riza Aziz, who accepted the property with the intent of transforming it into a vacation home for his stepfather. According to the listing, he sunk $40 million into an extensive renovation, however, all construction work was suspended when the Feds accused Aziz of laundering $250 million of the stolen 1MDB money for the alleged funding of his real estate and motion picture projects, including the blockbuster film “The Wolf of Wall Street”.

After purchasing the estate for $19 million in 2019, a Delaware limited liability company completed the renovations. Then the mansion was sold for $27.4 million to Steven Gilfenbain who is the founder and CEO of a grape distributor called Stevco Inc. The newly renovated residence, which is fully furnished, boasts a sleek, modern style and impressive views of the city. A beautiful entryway features a chandelier and an elegant hallway leads to a grand great room with a fireplace. With museum-style tracks and lighting, the white gallery walls are perfect for displaying art. With 6 beds and 11 baths, this single-story home has everything for a life of luxury plus a movie-worthy back story.