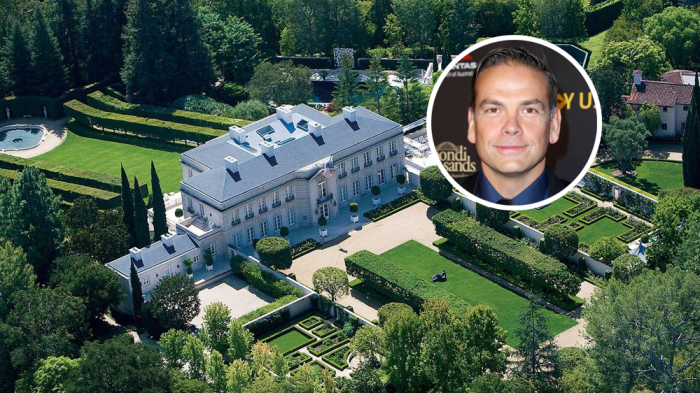 The pocket listing that was once priced as high as $350 million had a closing price of $150 million that is well above the $119.75 million sale of the Manor in Holmby Hills that Elegant Properties reported on over the summer. The deal includes the former home of Nancy Reagan that sits behind the main estate.

The previous owner of Chartwell and famously private, Perenchio died in 2017 at the age of 86. The mogul acquired the main mansion in 1986 for almost $14 million and added three parcels to the estate during the 1980s. Under Perenchio’s direction, the main house was restored by designer Henri Samuel and architect Pierre Barbe to create a Versailles-like palace. The mansion accommodated Perenchio’s growing art collection and a cellar for his private wine collection, which is one of California’s largest. Perenchio purchased the Reagans’ longtime Bel-Air home in 2016 for $15 million. Perenchio owned a vacant property across from Chartwell that he used as a private vineyard that was also sold in November for $12 million.

Chartwell estate has a 25,000 square feet 1930s French neoclassical-style chateau that sits on 10 acres. Designed by architect Sumner Spaulding, the 26-room mansion includes features like a ballroom, formal rooms, a vaulted foyer, a 12,000 bottle custom wine vault and a paneled dining room. Famed architect Wallace Neff designed the separate guesthouse. In all, the estate has 24 bathrooms and 18 bedrooms. The grounds of the estate contain manicured gardens, fountain features, a tennis court, a pool house and a 75-foot swimming pool where a secret tunnel runs to the home that is accessed from the basement. Also buried below is a subterranean garage with parking for up to 40 vehicles.

The mansion was commissioned by civil engineer and contractor, Lynn Atkinson as a surprise for his wife who was a prominent socialite at the time. The Atkinsons however never lived in the house due to its massive property tax bill. Murdoch faces one of the highest annual property tax bills in the Los Angeles area at $1.3 million.