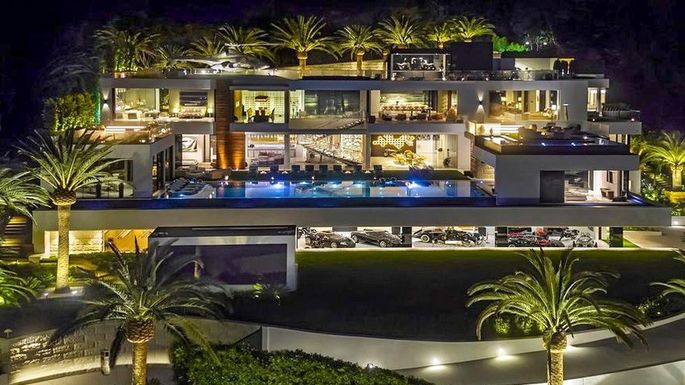 As Elegant Properties reported last year, Bruce Makowsky’s over-the-top spec mansion known as “Billionaire” finally sold for a cool $94 million to a mystery buyer in October. Well, now we know the identity of the mystery buyer as well as that they have taken out a $58 million mortgage on the property. The deed of the property was signed by Charles Cohen, president of WinterSun Properties LLC, and the massive loan is equal to around 62 percent of the $94 million purchase price. The lender on the 10-year mortgage is HSBC, and the buyer’s monthly payments are estimated to be about $560,000. Most ultra-luxury property deals are purchased with cash however there have been over 200 active “super jumbo mortgages,” loans between $10 million and $20 million, taken out in the United States since 2013.